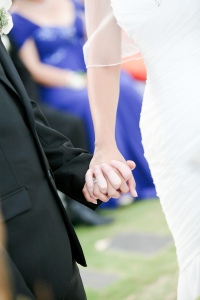 Two persons who are subject to different laws, one is an Indonesian citizen and other is a foreign citizen, wish to get married, is called “Mixed Marriage” pursuant to Art. 57 of Law No.1 of 1974 regarding Marriage (January 2, 1974) (“Law 1/74”). There are certain legal issues arising in a Mixed Marriage.

Law 1/74 stipulates the basic rule regarding property acquired after marriage, i.e., that any property acquired by either spouse during the marriage is to be held jointly. As a result, the consent of both spouses is required prior to either spouse transferring, pledging or taking any other action in respect of such joint marital property.

However, the property obtained by one spouse as a gift or inheritance, in which case such property remains the exclusive property of that spouse, unless the parties determine otherwise.

In order to negate the general rule of joint property, the marriage couple may enter a prenuptial agreement. The said agreement stipulates that all property acquired by either spouse during the marriage remains the separate property of the spouse.

Land Rights After Marriage to A Foreign Citizen
A foreigner who obtains a Right of Owner (“Hak Milik”) on land as result of marriage has obligation to release such rights within a period of one year as of the date such right is obtained. If the said foreigner fails to fulfill this obligation, then the land would fall into the State’s possesion. This provision also applies to Right of Cultivation (“Hak Guna Usaha”) and Right of Building Utility (“Hak Guna Bangunan”).

Therefore a foreign spouse’s ownership rights in the joint property of the marriage any lands rights acquired by the Indonesian partner (except by inherintance) would automatically result in the foreigner having ownership rights, in consequence triggering the divestment requirement. The Indonesian spouse of a foreign citizen still has the rights over the lands, if the Indonesian spouse:
a. Enters into a prenuptial agreement stipulating that during the marriage all property would remain under the exclusive ownership of obtaining spouse, so that there would be no joint property. This prenuptial agreement must be in notarial deed form and executed prior to the effective date of the marriage.
b. Obtains the property as a gift or inherintance.

In absence of the above-mentioned, such land rights fall into the State’s possesion. However, it may be possible to convert such rights to Rights of Use (“Hak Pakai”) by submitting a request to the Sate. Hak Pakai is a land title that foreginers may hold, however the cost of converting the existing title to Hak Pakai may be prohibitive.

After marriage, a woman still retains the right to perform any type of legal act in her own right. But she shall be obtained approval from her spouse for any dealing with the joint property of the marriage pursuant to Law 1/74.

Shares in The Company

A share acquired after marriage by an Indonesian national married to a foreigner is the joint property of the couple, i.e., the foreigner has certain (although limited) ownership rights in the share. So, because of the marriage relationship the share is no longer owned (solely) by an Indonesian.